Do Doctors Refuse Chemotherapy On Themselves? 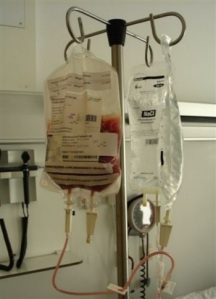 While there is no truth in the claim that doctors refuse chemotherapy on themselves, on almost every website dedicated to the promotion of alternative cancer treatments it says that most – if not all – doctors on principle would refuse chemotherapy on themselves because of its high toxicity and ineffectiveness. Yet these same doctors are said to be perfectly happy to pour this poison into their patients – merely for profit, as is the standard insinuation.

The basis for these shocking and deceitful allegations is this excerpt from a book by Philip Day:

Several full-time scientsts at the McGill Center sent to 118 doctors, all experts on lung cancer, a questionnaire to determine the level of trust they had in the therapies they were applying; they were asked to imagine that they themselves had contracted the disease and which of the six current experimental therapies they would choose. 79 doctors answered, 64 of them said that they would not consent to undergo any treatment containing cis-platinum – one of the common chemotherapy drugs they used – while 58 out of 79 believed that all the experimental therapies above were not accepted because of the ineffectiveness and the elevated level of toxicity of chemotherapy.” (Philip Day, “Cancer: Why we’re still dying to know the truth”, Credence Publications, 2000)

jli managed to find more information on the study mentioned by Philip Day, which includes information on a follow-up study dating from 1997, and he also found another study from 1991: “Oncologists vary in their willingness to undertake anti-cancer therapies“.

The first thing that stands out is that the 1985 (!!) survey was not, as Philip Day claims, about all available therapies for lung cancer, but about cisplatin, a then new chemotherapy with considerable side effects. The question also pertained to the use of cisplatin as a palliative treatment for “symptomatic metastatic bone disease,” i.e. for incurable (non-small-cell) lung cancer. The 1985 survey found that about one-third of physicians and oncology nurses would have consented to chemotherapy in a situation like this.

A follow-up survey was conducted in March 1997 at a session on NCCN clinical practice guidelines, in which the participants were asked to respond to the same question regarding chemotherapy:

“You are a 60-year-old oncologist with non-small-cell lung cancer, one liver metastasis, and bone metastases.
Your performance status is 1. Would you take chemotherapy? Yes or no?”

Of approximately 300 people in attendance, 126 (42%) responded to the survey. The majority of respondents (51%) were oncologists and hematologists.

The study from 1991, “Oncologists vary in their willingness to undertake anti-cancer therapies,” pertains not just to lung cancer, but to many kinds of cancer and cancer stages, from early stage to terminal, as well as to experimental therapies. It shows percentages as high as 98% of doctors willing to undergo chemotherapy, while the remaining 2 % were uncertain, and none answered “definitely no” or “probably no” to chemotherapy.

Should another survey be conducted today, there’s a good chance the results would be even higher in favour of chemotherapy, given that over the years chemotherapy has shown enhanced clinical benefit and medication to lessen side effects has improved greatly.

So, do doctors really refuse chemotherapy on themselves?

No, they definitely don’t.

See also:
So chemotherapy does work, after all

124 responses to “Do Doctors Refuse Chemotherapy On Themselves?”