A Wonderful Book Was Written: Rebecca Skloot’s The Immortal Life of Henrietta Lacks

Henrietta Lacks, a poor African American tobacco farmer from Virginia, was just  30 years old when she was diagnosed with cervical cancer. The cancer turned out to be extremely aggressive and 8 months later, at only 31, Henrietta Lacks died on 4 October 1951.

Scientists had been trying to keep cancer cells alive outside the body, but this proved very difficult and most cultures didn’t last longer than a few weeks. But the cancer cells of Henrietta Lacks were so strong that they were virtually immortal and it was possible to grow them for long periods.

END_OF_DOCUMENT_TOKEN_TO_BE_REPLACED 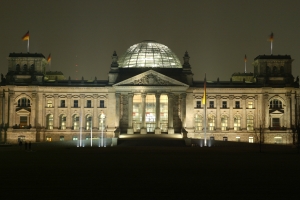 The ECCO is Europe’s oldest and largest scientific conference on cancer and currently the ECCO 15 – ESMO 34 in Berlin is in full swing.

Here’s a short overview of some of the main highlights.