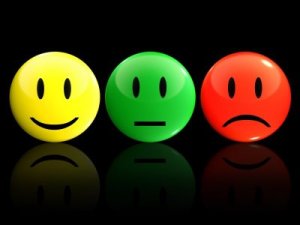 Many people are convinced that a positive attitude is helpful –  if not essential – to survive or ward off cancer.

The belief that we can control illness and even death with our mind has great appeal, because it makes us feel as though we are in control of our life events.

The downside is that when we are not doing so well – for example when we are hit by cancer – we have only ourselves to blame for our misery.

But how true is it that we are the main custodians of our own well-being?

Personality traits and development of cancer

It has long been thought that depression reduces the body’s immunological defenses, which in turn would cause depressed persons to have a higher the risk of developing cancer, but research has shown that this does not seem to be the case with cancer.

Having cancer may cause depression – now there’s a surprise – but there is no evidence of depression increasing the risk of developing cancer.

According to this study, having a positive attitude does not affect cancer survival. The study included more than 1,000 people treated for head and neck cancer and the emotional state of patients was found to have no influence on survival, which led to the conclusion that there is no credible evidence that positive thinking influences tumor growth.

Attitude and cancer survival: the tyranny of positive thinking

In her book The Human Side of Cancer, Living with Hope, Coping with Uncertainty, psychiatrist Jimmie C. Holland of the Memorial Sloan-Kettering Cancer Center refers to this phenomenon as “the tyranny of positive thinking.” She and other scientists say the misplaced confidence that a patient’s emotional state is an important factor in cancer survival can become a burden to cancer patients, who can be made to believe that  if they are not doing well it is somehow their own fault because they aren’t positive enough.

In this video Olympic swimming champion and cancer survivor Maarten van der Weijden explains why he doesn’t agree that positive thinking and lots of exercise have been instrumental in his surviving leukemia and why he thinks it is dangerous to foist this unfounded notion on cancer patients.

After she had been diagnosed with breast cancer, Barbara Ehrenreich also wrote about the consequences of this tyranny of positive thinking and her personal experiences with it in her book Smile Or Die: How Positive Thinking Fooled America And The World.

10 responses to “No Link Found Between Personality Traits, Positive Thinking, Depression and Cancer”