Switzerland to insert CAM in the constitution? 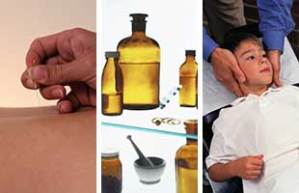 The complementary medicine sector, including doctors, therapists, manufacturers and specialized traders, then launched and brought about a national popular initiative. This enables Swiss voters to obtain a popular vote for a constitutional amendment if they collect 100,000 valid signatures within 18 months.

Parliament availed itself of its right to oppose the proposers’ constitutional article and suggest a slightly diluted form. Since parliament’s counterproposal adopted all the core demands on a legal level, the original popular initiative was withdrawn. Therefore, the people only had to vote on a constitutional article, which, experience has shown, increases the chances of them voting in favour. Particularly because parliament and the government support the parliamentary proposal. On 17 May 2009, Swiss voters clearly approved the constitutional article proposed by parliament. The majority of voters per canton also voted in favour, which is likewise a prerequisite for any constitutional amendment.

In accordance with the referendum, the Swiss Federal constitution will be expanded by the following article:

The Federal government and cantons shall ensure that, within the scope of their jurisdiction, complementary medicine is taken into consideration.

On this constitutional basis, parliament and the authorities have to implement the following requirements:
1. Admission of doctors of complementary medicine in the fields of anthroposophical medicine, homeopathy, neural therapy, phytotherapy and Traditional Chinese Medicine (TCM) into obligatory health insurance.
2. Creation of national diplomas for non-medical therapists.
3. Integration of complementary medicine into teaching and research.
4. Safeguarding of proven remedies.

Health minister Pascal Couchepin, who is not in favour of the funding of CAM-treatments through obligatory health insurance, in 2005 has taken CAM out of the compensation for the basic package. This prompted CAM-professionals and manufacturers of alternative medicine to launch a massive promotional campaign, resulting in the referendum of May 17.

According to government-rules, in the interest of its contributors treatments compensated through obligatory health insurance must have been shown to be effective, useful and evidence based.  Couchepin has asked providers of CAM-treatments to provide the government with this evidence by October 2009, so that it can be assessed by the government’s advisory committees. The final decision of the government will then take place in the spring of 2010.

Jörg Fritschi, president of the Union of CAM-organizations in Switzerland, has said that his organizations need sufficient time to collect all the relevant information and does not expect them to be able to hand over the files any sooner than the spring of 2010.

12 responses to “Switzerland to insert CAM in the constitution?”